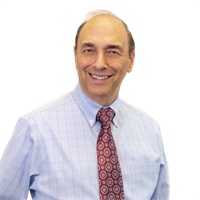 Robert Giarraffa attended St. John’s University in Queens, NY, graduating in 1968 with a Bachelor’s Degree in Chemistry. He began his career in the pharmaceutical industry where he worked for 15 years. Bob was concurrently a member of the Army National Guard from 1969 to 1976. He went on to attend Fairleigh Dickinson University, graduating in 1976 with an MBA in Finance.

Bob began his career in the financial industry as a Financial Advisor in 1978. He went on to found New Horizons in 1982 and is an OSJ Principal with TFS Securities, Inc. in Lincroft, NJ. As President of New Horizons Wealth Management LLC, he trains and manages other financial advisors, all the while offering his own clients the best financial advice and service available. In 1993, he created Backdoor BudgetingSM, a Federally Registered method used to analyze cash flow.

Bob developed and introduced managed account programs to TFS Securities and has been the Lead Portfolio Manager for TFS Advisory Services (formerly Innovative Market Trends) since its inception in 1996. Bob currently manages the Buy/Hold Plus Portfolios for TFS.

Bob sponsors and plays on the New Horizons Wealth Management LLC softball team having done so since 1997. He enjoys playing ping-pong and pool, as well as designing Microsoft Excel programs and reading non-fiction books. Bob enjoys traveling and is an advocate of complementary medicine. In his hometown, he was a member of the Randolph Open Space Committee from 1999 to 2007 and is a member of the Randolph Chamber of Commerce. He is also the current treasurer of the Mendham Lake Estates Homeowners Association.